Ils ont dit au Soleil: “You can never write him off.” 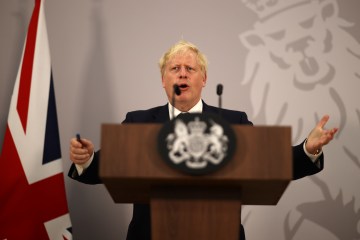 Pledging his loyalty to Boris hier, he told Times Radio that he backs the PM and the party needs to “pull together” pour un general election.

On a reshuffle, ils ont ajouté: “Nothing like that is likely to happen until there is proper time to sit down and have a proper think about whether there’s a need, and if so, what is the need?