He added to OK! magazine: “We love the idea of having one more child, because the two we have together are the most amazing kids – but that thought usually lasts until we see other people with screaming babies! 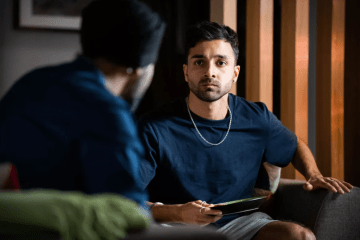 “I don’t know. Maybe Junior will be bringing our grandchild to visit in the next 10 years.”

He said: “I have a lot of time for Arg and I was happy for him when I saw that he has a new girlfriend.