THESE are worrying economic times.

Interest rates — and the cost of our mortgages — are soaring, we are predicted to head into the longest recession in 100 anni, and unemployment is expected to rise again.

Our Chancellor, Jeremy Hunt, has the unenviable task of trying to start fixing our finances in his hotly anticipated Budget on November 17 (or fiscal event, as the Government calls it).

We have heard lots of gloomy briefings about a terrifying £50billion black hole in our finances.

Treasury insiders have merrily briefed that we must whack taxes up to eye-watering levels AND slash tens of billions of pounds from public spending to make the sums add up.

But I would urge caution when it comes to this plan for tax rises. 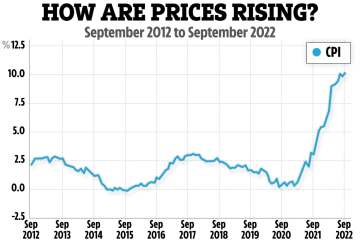 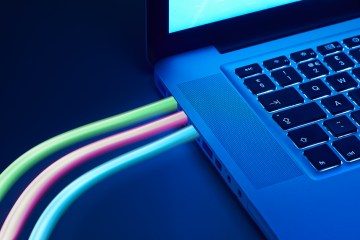 I am not convinced we need them. And I will tell you why.

First of all there is no need to panic, the UK has held up well against the EU countries, growing faster than Germania e altri.

The problem is that much of the pessimism comes from forecasts, which turn out to be mostly wrong.

The margin for error with which the Chancellor may make his decisions can be very wide of the mark.

It is simply un-conservatore at this point in the economic cycle to hike levies on struggling Brits even more.

Taxes are already at their highest level in 70 anni, and as we head into recession many families simply cannot afford to pay any more.

I see it in my local constituency of Chingford and Woodford Green.

Families are already cutting back on their weekly food shop — carefully putting back that packet of biscuits or carton of juice because it is simply too pricey, or having to scrimp and save to pay for their kids’ school uniforms.

Worse, il Banca d'Inghilterra’s report predicting we are heading for the longest recession in a century didn’t even take into account the possibility that taxes will increase again.

I fear their bleak prediction will be even worse if taxes are now raised.

If we increase taxes further still, there is a big risk we will make the recession even deeper and more painful.

This is not a risk we should take.

It is a fundamental principle of the Conservative Party that we keep taxes as low as possible.

This does not mean cutting them when we can’t afford to.

But we must be wary of looking like we are the same as the Labour Party — always reaching for higher taxes when things get tough — destroying the economy.

Ultimately, the tax burden must fall. If we raise it again in this Budget then it will be impossible to cut it by the time of the next election — expected to be in 2024.

All wealthy nations are struggling with the same economic storm — we have Covid and Vladimir Putin’s evil invasion of Ukraine to blame for that.

Yet we seem to be the only ones jacking up interest rates and taxes at the same time.

Infatti, a recent head of the Treasury even spelt out the danger of tax rises now.

Nick Macpherson said: “It’s also necessary to have a tax and regulatory system which encourages enterprise.”

There is another reason we should not rush for tax hikes — the dreaded £50billion budget black hole everyone is talking about might not be so big or even exist after all.

The cost-of-living support scheme — once predicted to cost £150billion — is falling rapidly.

This is not expected to be as eye-wateringly expensive as once feared.

Average gas prices dropped 60 per cent at the end of October.

The price per megawatt hour of gas is well under £90 compared to around £300 back in August.

Everyone can see that the cost of a tank of petrol has fallen from the crippling peaks we saw this summer.

This means that the cost-of-living support scheme — once predicted to cost £150billion — is falling rapidly.

This will help the Chancellor massively.

Many of Britain’s economic problems are global.

The endless Covid lockdowns sent crucial supply chains into meltdown and the global economy has struggled to bounce back from the pandemic.

This was already fuelling inflation.

Then another disaster struck in February, come la megalomaniac dictator Putin sent his army over the border to invade Ukraine.

The West — quite rightly — hit back by imposing sanctions and shutting off access to Russia’s oil and gas.

This was the right thing to do. But it also fuelled inflation — particularly of energy prices, but also of food.

Rishi Sunak and his Chancellor are quite right to try and reassure the markets that they will grip our stuttering economy.

But as they go through the spreadsheets and sign off on the decisions, a word of warning — be careful of raising taxes.

Voters may not forgive us for it.

What we need sooner rather than later is growth.

And most of all, the UK economy relies on small businesses for growth and job creation.

They need their taxes cutting if we are to secure growth and avoid a punishingly deep recession.