MYSTERY surrounds the discovery of the body of a man in his 40s that washed up on the bank of the river Thames today.

Cops have launched an investigation after the unidentified man was found lying face down, fully clothed and with a hood covering his head.

Shocked local residents spotted the man and quickly called the police, who sealed off the area at Chichester Wharf, Erith, shortly before 5pm.

Officers are yet to establish the identity of the man. His death is currently being treated as “unexpected”, Met Police revealed.

One local resident told The Sun: “A lady was walking by the flats and we heard her screaming, she was in a terrible state shouting for help, trying to get the attention of anyone.

“We could see her pointing out to the water and could see the body just lying face down on the bank, the tide was out so he was clear to see. 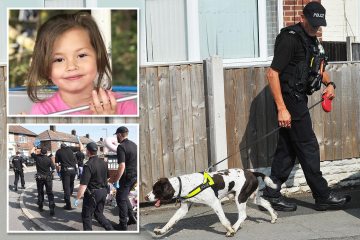 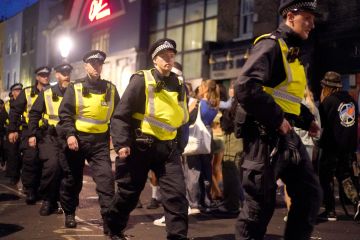 “I called an ambulance right away and they turned up pretty quickly with the police who shut off the road and eventually took the guy away.

“It was an awful thing for everyone to see and I hope the police can get to the bottom of what’s happened with the poor man.”

Rescuers were seen transporting the man off the bank and onto a waiting boat where he was taken away in a body bag.

'N Woordvoerder van die Metropolitaanse polisie gesê: “Police were called at 16:53hrs on Sunday, 28 Augustus, to reports of a body in the water at Chichester Wharf, Erith.

“The body of a man, believed to be aged in his 40s, was recovered.

“Police are working to confirm his identity and inform next of kin.

“The death is currently being treated as unexpected. Enquiries continue.”