THIS is the creepy moment an android dubbed ‘the world’s most expressive robot’ smiles and introduces herself to humans.

Spooky footage shows Ameca, one of the most lifelike robots to date, interacting with people in Dubai’s Museum of the Future.

The hyper-realistic robot which, can smile, blink and move its shoulders, can be heard saying “My name is Ameca” before spelling out her name.

“Have I won the spelling bee?” she jokes.

One of the visitors then asks her if she’s happy to be there to which she responds: “I’m not happy, I do not experience emotions but I can look happy.

And at some point, she creepily wonders “Oh wait! What if you are the illusion and I am real?” 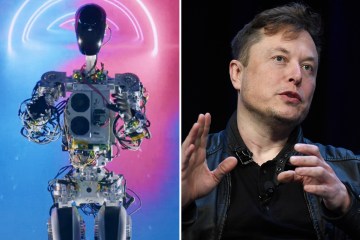 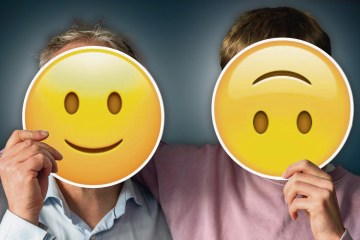 Ameca, designed by UK-based Engineered Arts “is the world’s most advanced human-shaped robot representing the forefront of human-robotics technology.”

The android’s description reads: “Designed specifically as a platform for development into future robotics technologies, Ameca is the perfect humanoid robot platform for human-robot interaction.”

The robot that was designed to test out artificial intelligence and machine learning has a range of facial expressions including winking and scratching its nose.

Engineered Arts Director of Operations Morgan Roe explained how the robot was made.

Inside Mark Zuckerberg’s mansions with beaches and artificial intelligence

BITE OF THE APPLE

I reveal three must-know iPhone tricks you should try now

“That was our aim to make the most expressive robot possible.

“So what we do is first look at what a human can do and use that animation and then work backward and say ‘how can we make that mechanically?’

“So we look at both the aesthetic and the dynamic, design the mechanics around it and inside Ameca there are 17 motors.

Roe also explained that while there is an AI system, there is also a human controller who controls her speech and facial expressions.

The incredibly human-like robot was presented at the Museum just weeks after Elon Musk showcased the prototype of a humanoid robot.

Optimus, named after the leader of the Autobots in the trasformatori film, walked on stage and waved at the crowd.

Humans’ relationship with machines has developed in the past years, with nearly everyone in the world owning a smartphone they cannot live without.

People have been sympathetic towards their robot vacuum cleaner, the Roomba while children were so widely disrespectful to Alexa that Amazon had to add a “Magic Word” feature to try to deter the negative comments.