WORKING at a place like Starbucks sounds like a dream job for college students and young adults everywhere.

The rules you must follow regarding your appearance as an employee there might not be ideal for everyone though.

No matter what job you have, there are always going to be rules you must follow whether they’re dress code-related or not.

When it comes to serving food and drinks, businesses are happy to come up with a strict list of rules to make their establishments feel cleaner and more appealing.

Former and current Starbucks employees have revealed some of the dress code rules they’ve had to follow while on the job.

One of the biggest rules Starbucks dictates is that you’re only allowed to wear two earrings per ear. 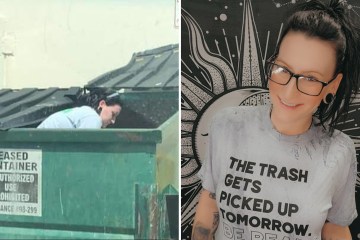 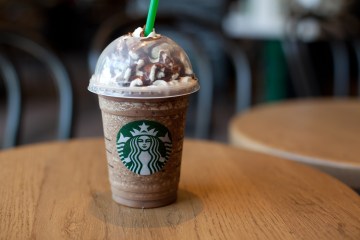 If you’ve got a bunch of sparkling piercings around the edges of your ears, you can’t wear those to work.

You’ll also have to skip out on other facial jewelry like eyebrow piercings, lip piercings, and bridge piercings.

Monroe piercings between your upper lip and nose, and septum piercings under the bottom of your nostrils are no-gos too.

Nose studs, if they’re small enough, are fine to wear to your shift at Starbucks though.

If you’re keen on having brightly colored hair, you might not fit in on staff at Starbucks.

According to Algrim’s official 2022 Starbucks dress code list, tattoos are totally fine unless they’re visible on your face or throat.

You also have to make sure that your tattoos don’t showcase anything racially charged, profane, sexual in nature, or inherently vulgar.

Other basic dress code rules you shouldn’t break while working at Starbucks include wearing clothes with holes or see-through material.

You’ll want to skip out on wearing anything that has illustrations or hoods as well.

One of the most heartbreaking dress code rules at Starbucks (for people who love getting acrylic nails) is that artificial nails are never allowed.

Short, clean, natural nails are the only way to go if you’re going to be serving six-dollar lattes at a place like Starbucks.