SATURDAY Kitchen fans all said the same thing as the stars made a shocking blunder before lunch time.

During today’s instalment of the BBC show – which airs between 10am and 11.30am – saw presenter Matt Tebbutt, Cyrus Todiwala and Tony Singh joined by artist James Bay.

Towards the end of the programme they were joined by Carmen O’Neal for world rum day.

The founder of east London-based distillery 58 and Co came to the studio with lots of tasty alcohol to try.

Despite explaining that the first rum was the lightest, Matt, Cyrus, Tony, James and Helen were shocked at how strong it was.

Matt began to giggle as he heard them cough behind him after trying it, but she then got them to try a rum that was a whopping 60 per cento. 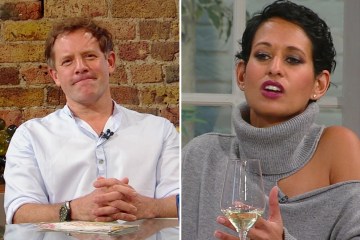 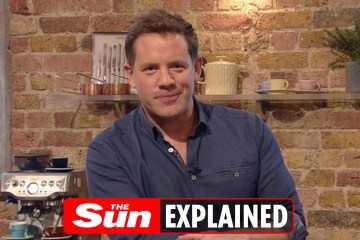 Cyrus said: “There is no rum in this one for me!”

Cyrus corrected himself and said: “No coke for me!”

As the rest of the studio burst into laughter, Matt joked: “I think he’s had enough! You’re going to have to go and have a lie down…”

Fans watching at home were in hysterics and thought they all appeared to be getting slightly merry before lunch time.

One on Twitter joked: “Cyrus chugging the rum down with great enthusiasm there…”

Il BBC Breakfast host was handing the reins over to Matt and during the live cross, made a savage dig at the TV chef.

“Do you know the best thing to get you relaxed, find out what Matt Tebbutt is cooking up on Saturday Kitchen,” said to the camera.

“It’s a lovely bit of comfort eating, bene… even with you, Matt.”

A shocked Matt replied: “I was going to say you are being overly nice, you were lovely to Ollie last week!”