USING phones and tablets to calm your kids down makes their tantrums worse, un estudio encontrado.

Plonking a rampaging tot in front of a screen is a “quick fix” for padres.

But it does not teach them how to control their emotions and can backfire in the long run.

Scientists at the University of Michigan found children aged three to five had worse behaviour if parents regularly used the strategy.

Mums and dads should instead teach youngsters how to cope with their feelings.

Study author Dr Jenny Radesky said: “Using mobile devices to settle down a young child may seem like a harmless, temporary tool to reduce stress in the household. 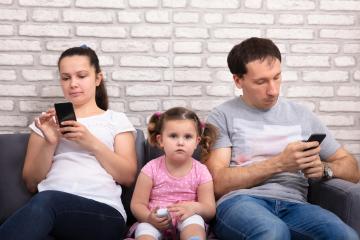 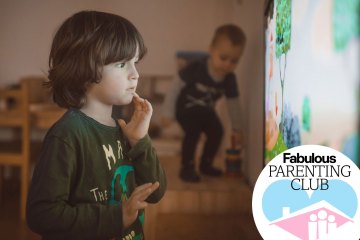 “But there may be long term consequences if it’s a regular strategy.

“Using a distractor like a mobile device doesn’t teach a skill – it just distracts the child away from how they are feeling.

“Kids who don’t build these skills in early childhood are more likely to struggle when stressed out in school or when they get older.”

The study included 422 children and 422 parents who revealed how often they resorted to screens to calm their kids.

It found children who were more often given a screen when upset had “higher emotional reactivity” six months later.

They had more extreme happy and sad emotions, were more impulsive and had more mood swings.

Writing in the journal JAMA Pediatrics, experts said the effects were worse in children who already had behaviour problems or conditions like ADHD.

They said parents could try to channel kids’ energy into physical activity or teach them acceptable ways to express their anger.

Dr Radesky added: “It takes repetition by a caregiver who also needs to try to stay calm and not overreact to the child’s emotions.

“But it helps build emotion regulation skills that last a lifetime.”