IF YOU cannot beat Norwich at Carrow Road, do you even deserve to stay up?

Sean Dyche’s Burnley should have arrived in Norfolk with a real spring in their step after a last-gasp win over Everton that put the wheels in motion on yet another survival charge.

And in truth, they could not have asked for a better opponent to keep the gap between themselves and the unpredictable Toffees to just one point.

After all, before this one, Burnley had never lost or even conceded to Norwich in the Premier League.

The Canaries meanwhile were on a never-ending eight-game winless run, with only two wins at home all season long – the last coming in January.

So, For Burnley to put in as poor a display as this at a time in the season when they are normally so ruthless is shambolic – and a crushing blow in their bid to beat the drop. 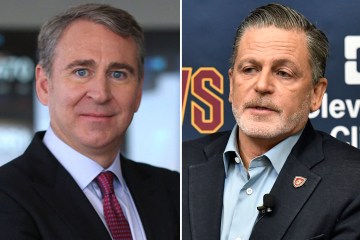 The excellent Pierre Lees-Melou was the hero for the hosts with his 9th minute deflected strike, but it would not have flattered them had they been two or three up at the break.

And Teemu Pukki will not score an easier goal in his career as he thumped home in the 86th minute to seal the deal.

Despite losing 12 of their previous 19 Prem games under Dean Smith, Norwich played with a confidence and a pazazz unbefitting of their current situation.

Defeat would have practically been fatal. A win keeps them treading water at least.

A minor miracle is still needed however if they to pull off the unthinkable and make up the seven-point gap to safety having played a game more than Burnley and Everton.

Yet another victory away at Old Trafford up next could seriously put the Canary amongst the pigeons.

As for Burnley, they should be thanking their lucky stars that four of their remaining eight games of the season are at home – their only win on the road coming in February at Brighton.

That woeful statistic never looked like changing here from the first whistle as Norwich went against the norm and imposed themselves in a contest.

The self-inflicted shackles have finally been removed – in mid-April.

Praise must go to Smith as he went bold with a team selection that saw Teemu Pukki and Milot Rashica spearhead an attacking line.

Burnley’s high-line played right into the duo’s hands as Rashica was gifted space down the left before cutting inside and forcing Nick Pope into a good save down to his left.

And had Charlie Taylor not been alert at the far post to clear the danger, Lees-Melou would have gotten on the scoresheet even earlier than he did.

It came via a cleared corner that fell to the feet of the Frenchman just outside the box as the onrushing Josh Brownhill diverted the shot past Pope and in off the post.

Lees-Melou was running this game from midfield, so it was a wonder Burnley continued to give him the space to turn and run for the rest of the half as Pope denied Pukki with his feet.

Maxwel Cornet was offering some form of attacking outlet, but at the back the visitors were uncharacteristically fragile and hesitant at the back.

That failed to change after the break with Pukki still given the license and the freedom to pepper Pope’s goal with shot after shot.

But with the time ticking away, Smith’s boys in yellow were becoming a nervy bunch, reverting back to type by dropping deep and letting Burnley dictate.

It should have cost them shortly after Dwight McNeil was brought on in the 64th minute as he quickly provided an inch-perfect cross to the back post.

Cornet was unmarked and unchallenged as he scuffed his shot with an open goal gaping – the sort of moment Dyche may well look back on come the end of the season.

Another scuffed effort almost wrapped things up with 12 minutes left. Grant Hanley heading onto the bar from a few yards out following Pukki’s mis-hit.

Norwich had rediscovered their spark and Carrow Road were urging them on, only for Pope to pull off another fine stop to deny Lukas Rupp on the counter.

But the England international stopped had no chance when Pukki managed to sneak in between several Burnley defenders from a pass by Mathias Normann.

Pregnant mum ‘screamed for help to get her kids, 3 and 5, out of burning home’

Norwich have scored two or more goals in just five games this campaign, handing them their only five wins.

For Burnley to be one of those five is criminal, and could ultimately cost them big time.