A FORMER contestant on The Chase has revealed how bosses forced them to laugh at Bradley Walsh’s scripted jokes.

La persecución has been on our TV screens since 2009 and sees four members of the public team up to take on one of the Chasers.

The show has proved hugely popular and has won National Television Bafta TV awards during its run.

It means viewers at home are keen to know more about the process of being on the show, and what happens behind the scenes.

Ahora, on a Reddit thread, one former contestant has revealed all.

They revealed they had appeared on the show 10 years ago and took on Anne 'La institutriz’ Hegerty. 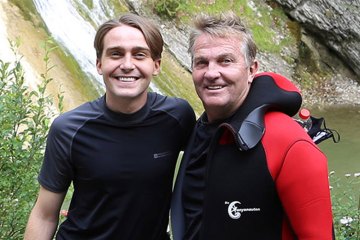 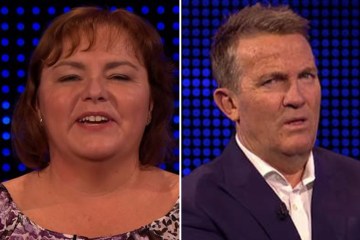 Ellos escribieron: “I banked £5000 in the first round and had a decent run on Anne, but a series of bad questions ultimately took me out.

“The last question that got me was a Coronation Street question, my main weakness!

“Two guys on my team went on to win £36K between them so going out definitely stung a little for a university student like myself.”

Continuaron: “Bradley was a real class act. No script, just cards he was seeing for the first time.

“We only had to rerecord one moment and that was due to one of the contestants making a mistake.

“I was the first contestant up and we had a good 10 mins chat that got edited down to a couple minutes but other than that the show more or less runs in real time.

“No audience though, and the contestants are indeed asked to laugh at Bradley’s jokes about the chasers but they are the only jokes scripted, the rest is just B Walsh off the cuff.”

The player went on to reveal they had previously been a back-up contestant for the show.

Ellos dijeron: “I saw them film three episodes back to back. The whole production was really tight and seamless.

“As the third episode started and they knew I wouldn’t be needed for that day, Bradley had his driver take me to the station.”

The Chase airs weekdays at 5pm on ITV.