THE Great British Sewing Bee is heading back to the box TONIGHT (April 27, 2022)

The eighth series of Britain’s biggest sewing competition returns to BBC One, with the UK’s best amateur sewers competing in different challenges to be crowned victorious.

What time does The Great British Sewing Bee start on BBC1?

The competition features 12 contestants battling it out to win the top spot.

Every episode has a distinct theme with three main tasks.

First up there is a pattern challenge, then a transformation task, and finally sewing challenge, which tests the contestants’ ability to create an outfit for a real-life model. 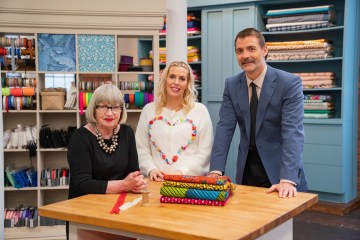 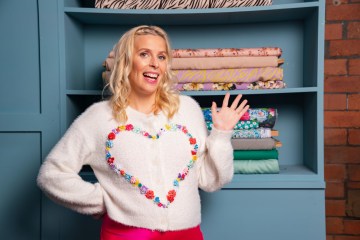 British comedian Sara Pascoe is the new host on the competition.

She replaces Joe Lycett who left the show in 2021 after three years.

Sara hosted the Christmas 2021 celebrity editions of the BBC show.

She has appeared on many UK panel shows, including the popular Dave Channel show Taskmaster.

In 2020 she wrote and starred in Last Woman On Earth With Sara Pascoe.

Who are the Sewing Bee judges?

Esme has enjoyed an impressive sewing career for over 50 years.

She has worked as a costume designer on big movies and was behind the iconic bunny girl outfit that Renée Zellweger wore in Bridget Jones’s Diary as well as Leonardo DiCaprio’s shirt in The Beach.

She began her career in the early Seventies, setting up fashion company Swanky Modes with three friends in Camden, North London.

The label gained notoriety with its signature body-con dresses worn by celebs such as Cher and Grace Jones.

Esme took on the role as resident judge on The Great British Sewing Bee in 2016, taking over from May Martin.

She also works as a senior lecturer, teaching fashion at Central St Martin’s College in London.

Patrick Grant swapped a career in engineering for fashion and in 2005 took over as Director at Savile Row tailor Norton & Sons.

In December 2010 he won the Menswear Designer of the Year award at the British Fashion Awards.

Patrick regularly appears on television and radio as a British fashion and textile industries expert.

The Scottish fashion designer has featured in fashion TV documentaries such as Savile Row, Harris Tweed, and The Perfect Suit.

He has been a judge on Sewing Bee since episode one, when it was hosted by Claudia Winkleman.