SHOCKING photos show the trail of destruction after a £53,000 Audi ploughed into the front room of a family home.

Two homes were damaged after the electric blue RS3 Hatchback smashed through a bay window and wrecked in a pile of rubble.

The driver apparently lost control on a bend in icy conditions before bouncing off a Suzuki Jimny.

It then careered across three gardens, wiping out fences and garden walls before colliding with a home.

It bounced off the first then crashed through the property next door on Tuesday.

Eye witnesses said “the whole house shook” as the runaway Audi finally came to stop in a cloud of dust and debris. 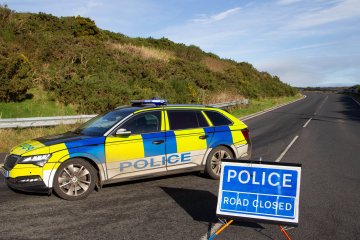 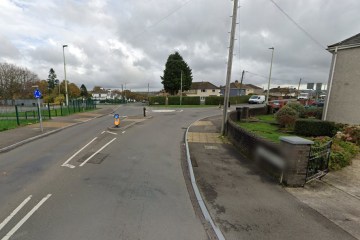 But occupants of the lesser damaged home were in when the car clipped their property and ploughed into next door.

Fire fighters and police raced to the scene which has been cordoned off for a forensic examination.

A shocked resident said one of the smashed up homes had recently been renovated.

Locals on the street have been calling for speed humps to be installed on the road following a spate of anti-social driving.

One person who was there said: “Police have said it was an accident and the car slipped on the bend crashing into the houses.

“The fire engine that came to assist almost did the same.”