AFTER the airline passenger who picked a fight with Mike Tyson, the stupidest person on the planet has to be the Everton fan who goaded Patrick Vieira — and was booted to the ground as a consequence.

The Crystal Palace boss might have put on a bit of a timber since his days as the fiercest enforcer in football but he’s still not someone you would choose to get in an argument with.

So for the benefit of all you pitch invaders, here’s a rough guide to which Premier League managers it’s probably best to avoid… 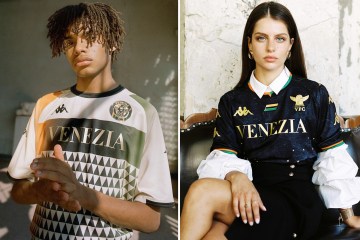 Ilkay Gundogan’s late winner against Aston Villa on Sunday was Manchester City’s 99th Premier League goal of the season and their 150th in all competitions.

They also scored 29 times in the Champions League, 16 in the FA Cup and six in the Carabao Cup.

Imagine what they’ll be like when Erling Haaland rocks up next season. And yet some people still say they’re boring.

Covering Arsenal v Everton on Sunday, I was struck by news of Manchester City’s third goal being ­celebrated louder by the Emirates crowd than the Gunners’ fifth.

The prospect of Liverpool winning the title, and possibly the Quad, was seemingly too much to stomach for most fans.

I’m told it was a similar situation at just about every other ground except Anfield.

Pep Guardiola was talking nonsense when he said the whole country supports Liverpool. You love them or can’t stand them.

They even call themselves ‘The Unbearables’. Which is probably why most of us will be cheering for Real Madrid tomorrow.

Deal with it, Réel

And that’s going to take some getting used to for Real Madrid, Barcelona and Manchester United, who for years have been accustomed to just clicking their fingers at any player they wanted.

But it’s not only the so-called three biggest clubs in the world who are struggling to come to terms with the rise of the state-owned super teams.

For president of the Spanish League, Javier Tebas, had a right old hissy fit when Mbappe confirmed he had rejected a move to Madrid to sign a new PSG deal worth £1million a week.

Furious Tebas branded PSG “an insult to football” and even made an official complaint to Uefa about the terms of the contract.

But Uefa president Aleksander Ceferin was never going to turn on his new bezzies at PSG and pointed out that Réel a été offering a pretty similar deal to Mbappe.

Which makes LaLiga’s tantrum all the more amusing.

Energy vampire Naomi Osaka could give Wimbledon a miss as playing at a tournament without ranking points is “affecting her mentality”.

As the All England Club contemplates the absence of the world No 38, I’m sure they’re thinking, “Oh well, never mind”. 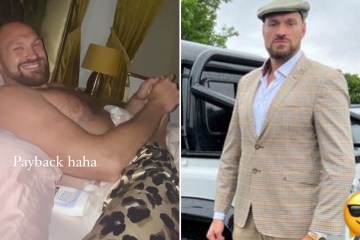 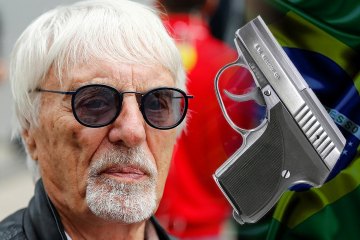 No Eton mess up

Henry Blofeld the cricket bore and pink trouser stereotype, has threatened to boycott the MCC unless they reverse their decision to axe the annual Eton v Harrow match.

And that, ladies and gentlemen, is what is known as a win-win situation.