He said: “Erm, sounding a little bit ropey there Al, you okay? Your voice is a bit…”

Supporting his pal, Jermaine said to viewers: “It is, come on, she’s pushing through, people. Help her out, send her in your remedies.” 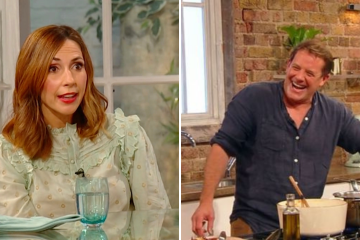 “I’ve got a  hoarse voice, I think I’ve got a bit of laryngitis, but I feel fine! Anyway, thank you.”

She then read out some suggestions, saying: “A toddy apparently, was invented in India. I thought… I don’t know.