BRITS will pay their respects to the longest serving monarch as the Queen’s funeral takes place at Westminster Abbey.

The service will feature a two minute silence.

What time is the two minute silence for the Queen’s funeral?

The Queen’s funeral is taking place today, 10 days after her death.

Her state funeral is being held at Westminster Abbey, after her coffin was moved from Westminster Hall, where she was lying-in-state.

The state funeral service began at 11am and is expected to last an hour.

The national two minute silence will be held at approximately 11:55am.

The two minute silence will be triggered by the sounding of the last post which is expected to take place at 11:55am.

This will prompt the nation to come to a standstill for two minutes.

How to observe the two minute silence?

This is the second opportunity to observe a national two minute silence for the Queen.

The nation was urged to take a silent moment of reflection the night before the Queen’s funeral.

The minute of silence happened at 8pm on Sunday. 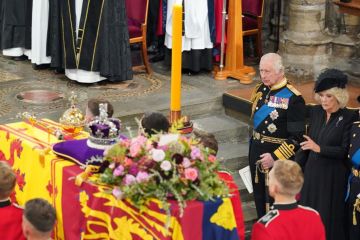 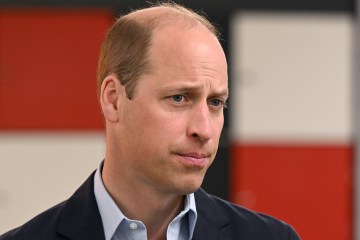 The final two-minute silence will fall at the end of the Queen’s state funeral.

This will signify the final goodbye to the monarch, as her committal service where she is buried will not be televised.

The two minutes of silence are signs of respect and they represent a time for reflection.

During this time, one can think about how the Queen served the country for 70 years, the longest-ever serving Monarch in British history.

She earned the throne after her father, King George VI passed away on February 6, 1952.

That was the date when she became Queen, but she was crowned on June 2, 1953, a year later.

This was because they give time for the Coronation celebrations to pay respect to the deceased Monarch.

In fact, not even the Platinum Jubilee was celebrated on the day the Queen earned her title.

The same will happen for King Charles to officially be crowned and that is why there has been no date confirmed on when his Coronation will be held.

How can I watch the Queen’s funeral?

In the UK, a number of TV and radio channels are broadcasting the funeral live.

These include BBC, ITV and Sky and the BBC iPlayer offers free online live-stream.

In the US, the funeral is being shown live on NBC News and their streaming service NBC News Now.

CNN, ABC and Fox News will also be airing the funeral.