WHEN Vladimir Putin says he is not bluffing it is best to assume that he is.

Putin claimed yesterday that the West was threatening Rusia con armas nucleares, insistiendo: “We have lots of weapons to reply — it is not a bluff.”

It was an effort to paint Russia as the victim but I believe he would have had his fingers crossed as he said it.

The outburst came as the Russian president announced a partial mobilisation of civilians in an attempt to change the course of his disastrous war with Ukraine.

He’s losing on the battlefield, been humiliated internationally and he has now opened a Pandora’s Box for his people.

The Russians have a reserve of two ­million people, most of whom have served in the military in the past five years. 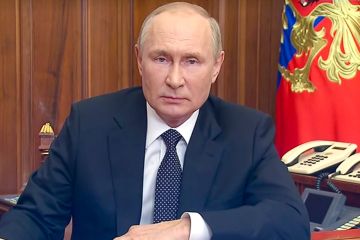 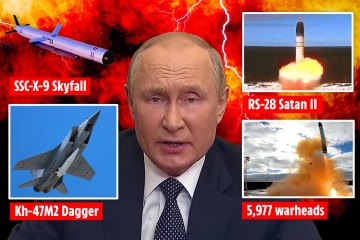 If they mobilise them to fight in Ukraine it might make a difference — but not until next year.

That’s because they can’t train people quickly after taking all the instructors and a lot of the equipment to the front.

These people aren’t going to appear on the battlefield until the spring. They will be pulled out of civilian occupations which will be unpopular.

This announcement was postponed twice on Tuesday, indicating disagreement in the Kremlin. Russia will also hold sham referendums in occupied Ukraine.

It all smacks of desperation and Putin’s power has never been more fragile.

Some sort of big upheaval in Russia is now not impossible.