Solar filaments are clouds of ionized gas above the solar surface that sit between magnetic regions of opposite polarity, por Space Weather Live.

Wild solar flares are causing satellites to plummet back to Earth, especialistas afirmam 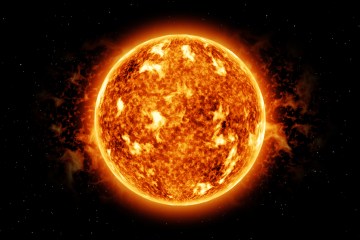