EARTH’S power systems could be affected after a “full halo” solar storm hit our planet and caused strong geomagnetic storms.

A type of solar storm known as a coronal mass ejection (CME) came straight for Earth on Saturday.

This occurred after the sun’s magnetic field lines got tangled and large particles from the sun’s atmosphere erupted.

A G1-class storm is fairly safe, but can still cause some damage such as weak power grid fluctuations.

According to Newsweek, the “full-halo” name is given because of the way the storms appear in coronagraph imagery, flaring out around the sun like a halo. 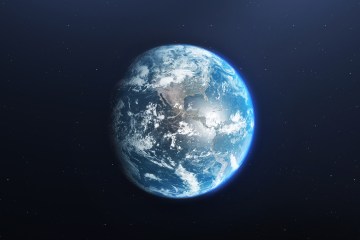 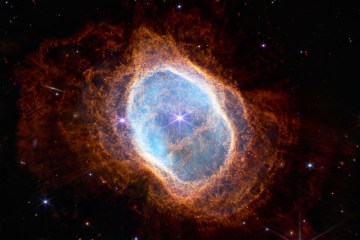 The National Oceanic and Atmospheric Administration (NOAA) has predicted that more G1-class storms are possible, with a chance of moderate-stronger storms coming just hours from now.

Moderate (G2-class) and strong (G3-class) storms have a larger impact on Earth.

On the stronger side, G3-class storms can cause voltage corrections and false alarms on some protection devices.

The G1-class geomagnetic storm that has already came to Earth created what appeared as auroras in the northern-tier of the US.

Auroras are waves of visible lights, like the northern lights seen in Iceland and other nordic places.

“At about 12 midnight, I noticed a familiar light purple vertical glow to the east,” Greg Ash from Ely, Minnesota told Space Weather. “It was STEVE!”

Auroras come from the interaction of the sun’s charged particles and Earth’s oxygen and nitrogen molecules.

However, STEVE is created when charged particles are heated up high in the atmosphere, but further down than an auroras creation.