RUSSIAN commanders are said to be slaughtering their own wounded soldiers rather than getting them off the battlefield for treatment.

One lieutenant-colonel was accused by captured Russian soldiers of personally shooting dead several of his men as they lay injured.

The commander asked one soldier if he could walk and when the man replied he could not, the officer killed him.

The chilling account comes from army intelligence troops captured by the Ukrainians.

They are shown speaking in a video clip made by Ukrainian journalist Volodymyr Zolkin.

One soldier told how commanders had “finished off their wounded”. 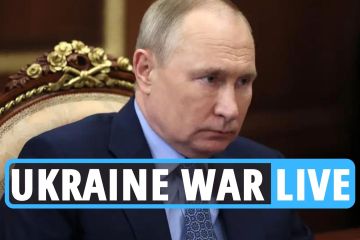 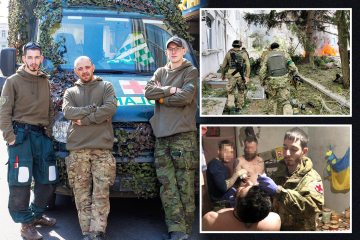 Asked by Zolkin what he meant, the captured Russian said: “Just like that . . . a wounded soldier is lying on the ground, and a battalion’s commander shoots him dead from a gun.”

A second soldier added: “The Lieutenant-Colonel was walking around.

“He shot four or five like this. They could have been rescued, given help, taken out of there. He simply shot them dead.”

It was not clear where in Ukraine the alleged shootings took place.

And Ukraine’s Azov Regiment “Spartans” were still holding out in a steelworks in the smashed southern port of Mariupol.