Stacey Solomon has revealed where she is spending her honeymoon with Joe Swash – and it’s a surprisingly down to earth destination.

In fact, they are staying at home because they love being at Pickle Cottage with the kids during the summer holidays.

Stacey explained on instagram: “Making the most of every second of the summer we have off with the pickles… This is our honeymoon.

“We are calling it a ‘homeymoon’ because we just wanted to spend it at home with all the kids all summer.

She continued: “We’re always one in one out and all over the place. So this time at home is just all we could have dreamed of.” 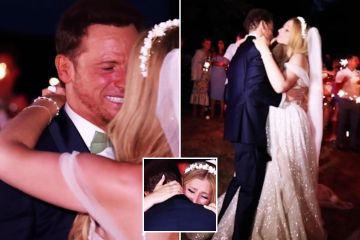 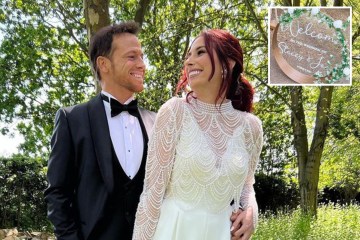 The caption was posted on a video of her boys climbing trees in the grounds of their sprawling pad.

Stacey, who is mum to Zachary, 13, and Leighton, nine, from a previous relationship, and shares Rex, three, and daughter Rose, 10 months, with Joe, makes no secret of the fact that her favourite job is being a mum.

She regularly shares updates of her playing at their home with her offspring, and admits she struggles when she has to leave them for work.

Yesterday, Stacey shared an emotional first look at her wedding dance with Joe, which saw them both break down in tears as they slow danced to Whitney Houston’s My Love Is Your Love.

Stacey is seen burying her head in Joe’s shoulder as she sobs, while Joe is then shown with tears rolling down his face too.

Stacey caption the footage: Our First Dance ?? I’m so lucky to have you by my side. Today, Tomorrow, Forever ?

She continued: “We got to see some of our videos today and it was magical. ? It’s so nice to have had time to remember our wedding in our heads and tell each other our different memories & favourite moments.

“Then to see it all on video was just the most special feeling ever. ? Hope this makes your heart happy the way it did us ? Joe speaking to me in the middle is my favourite bit ??”

She also revealed who the singer was performing the track.

Stacey told her followers: “My sister found the singer who sung the version of this song that I am obsessed with and she booked her to sing us our first dance as a surprise. It was even more incredible live and I cried as soon as I saw it was her ? @karamarni.”