EVERYBODY has heard of the pumpkin spice latte – but have you ever tried a ‘pumpkin spice’ cold brew coffee?

That’s the concoction to hit Starbuck coffee shops in the UK – and I was one of the Brits to try it along with the rest of the coffee chains autumn menu.

The drink was first launched in the US and due to the popularity with customers it’s coming to the UK.

Cold brew drinks are one of the latest coffee trends to hit the UK, with experts saying they are aimed at younger audiences who are on the lookout for new versions of iced drinks. 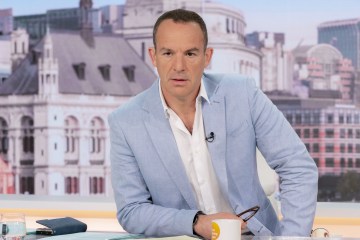 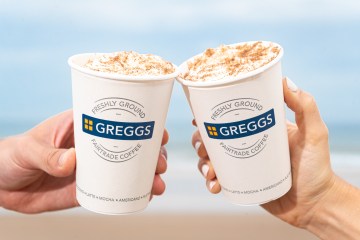 It’s made by steeping, or soaking, coffee in room-temperature water for anywhere up to 20 les heures.

You then strain out the grounds and chill it before serving it over ice or diluted with water, which makes it a smoother and more mellow blend.

habituellement, I find these types of drinks far too sweet and combined with the caffeine, I’m left buzzing and then crashing a few hours later.

But the cold brew just hit the spot.

It had a small kick of spice with cool cream on top, with a soft velvety flavour.

Whether I liked it enough to justify forking out £3.80 though, I’m not too sure.

Starbucks is also launching eight other items, as part of its autumn menu.

These include egg bits, a mushroom and egg muffin, American salami focaccia and fiery no chicken wrap.

The triple cheese egg bites came with ham inside and tasted as you would expect – lumière, fluffy and well-seasoned.

They’re bitesize as well, so perfect for a quick snack on the go.

entre-temps, the mushroom and egg muffin, again perfect for vegetarians, was pretty tasty.

The egg was well-seasoned, the mushrooms were tasty and the béchamel sauce binded everything together really nicely.

But the muffin bun was a bit dry, even with the sauce in there.

It costs £3.40, which isn’t unreasonable in my opinion.

The American deli meats focaccia had nice flavours and the herbs on top of the bread added a nice kick.

Next up was the fiery no-chicken wrap, which out of all the savoury snacks was probably my favourite and cost £4.20.

I wasn’t expecting to like it as much as I did, and usually find chicken substitutes not quite up to scratch compared to the real thing.

But the wrap was really tasty, juicy and full of flavour.

On the sweet side of things, I tried the toffee and apple muffin, which was £2.19.

It was what you’d expect, light and fluffy, and the custard vanilla bean frosting and caramel drizzle was a tasty addition.

And the espresso roast blondie was nice enough.

Despite having a penchant for coffee, I’ve never been a fan of coffee cake per se, but Starbucks’ offering was ok.

The icing layer on the top was a bit too thick for me though.

While the pumpkin cream cold brew was well-balanced and not too sweet, I’d probably still be likely to go for my regular flat white if I took a trip to Starbucks.

That’s probably because the cold brew has all the extra shots and syrup included.

But even still, I didn’t like it enough that I’d make it my regular order.

Especially going into the autumn, I’d be more inclined towards grabbing a warm drink.

On the food, it was what I expected and was fresh, well-seasoned and tasty, but could have been improved in some ways.

The fiery no chicken wrap was the best out of the bunch and is something I’d definitely go back for.

Greggs released its pumpkin spiced latte hier, and even though it’s 25p more than before, is £2.20 in comparison.