TRUCKERS are joining the crusade to stop fuel duty sky-rocketing within months.

Its executive director Rod McKenzie said: “It’s essential that the Government help out the backbone of the British economy — whether it is plasterers or electricians.

“It would politically be a big mistake to punish van drivers and that’s why we are asking for the 5p duty cut to be extended beyond April.

“We were disappointed that there was no further action when Mr Hunt delivered his Autumn Statement last week.” 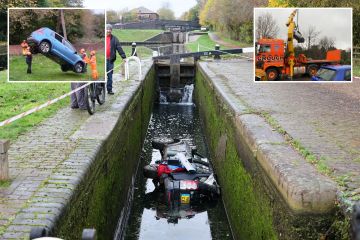 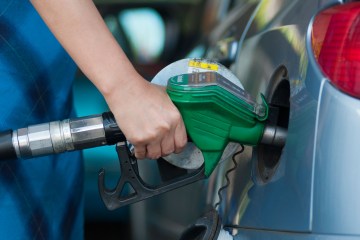 UK’s cheapest petrol stations revealed – and you could save up to £4.40 per tank

The Treasury has said no decision has been made about fuel duty from April, when it is set to rise in line with inflation.

The Office for Budget Responsibility has indicated that it is expected to rise by 23 Prozent, adding 12p a litre to petrol and diesel prices.

Our Keep It Down campaign has also been backed by the Federation of Small Businesses, who hit out at ministers for “whacking the country’s grafters”.

The charge is for anyone who is allowed to use their company van for private trips such as the Schule run or going to the shops.

Lower rate taxpayers will now face a bill of nearly £800 a year, an increase of £72.

SUPERMARKETS are taking advantage of drivers by charging more for fuel than necessary, the RAC says.

They are refusing to lower pump prices despite wholesale costs dropping, it claims.

With profit margins about 15p a litre, it means customers are paying over the odds.

The RAC said: “It’s very sad to see the biggest fuel retailers taking advantage of their customers by charging far higher prices than they should be.”