Edward Vines, 51, is accused of continuing to indulge his “persistent and obsessive fixation” with the ex-Newsnight journalist.

He was jailed for three years in February 2020 after breaching a restraining order imposed in 2009.

Vines, who met Emily at Cambridge University, was banned from contacting the presenter, son mari, kids and her mum Marion.

But he allegedly attempted to write to Emily eight times from prison between May 31, 2020, and December 23 l'année dernière.

Nottingham Crown Court was told he wrote how he would “continue to brood and to write letters in prison” as he confessed his “unrequited love”. 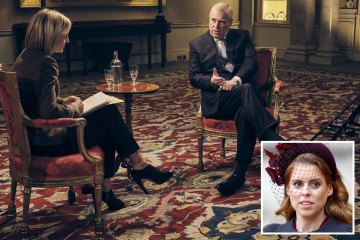 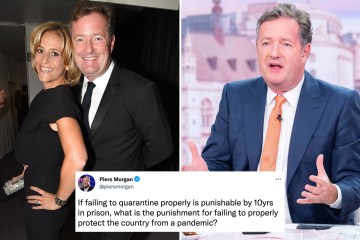 He also allegedly blamed Emily, who famously interviewed Prince Andrew over his links to Jeffrey Epstein, for not admitting to being “attracted to him” as this had “resulted in her telling falsehoods against him”.

Vines also attempted to send letters to Marion – with all notes intercepted by the prison authorities, it was said.

Ian Way, poursuivre, mentionné: “This case has a long and unhappy history. For a period in excess of three decades, the defendant has demonstrated a persistent and obsessive fixation with the BBC journalist and broadcaster, Emily Maitlis whom he met at University in the 1990s.”

The court was told Vines was given the restraining order in January 2009 that prohibited contact.

Mr Way said he has “systematically and with increasing frequency” breached the order 12 times since then.

Il ajouta: “The prosecution case is simple. The validity and authority of the restraining order is not in issue.

“The prohibitions in that Order are clear and unambiguous – that the defendant shall have no contact, by any means whatsoever with Emily or Marion Maitlis.

“The defendant is aware of the Order, and by his own admission has written those letters in the knowledge of the existence of the Order which prohibits him from doing so.”

Vines denies eight charges against him.