A DIVE-BOMBING bird of prey has put picnickers in a panic by swooping in to steal grub.

The red kite forced one family to flee, injuring the dad while grabbing a pizza crust and narrowly missing his young daughter.

The razor-taloned raptor gouged a chunk out of Chris Hayden’s shoulder as he enjoyed a riverside picnic with fiancée Sam Barrett, 33, their daughters Lottie, seis, y amapola, una, and other family members.

The garage boss, 29, dicho: “We were sat there having a good time chatting and, then next minute, I just felt this big furry ball hit me in the face, then it tried grabbing on and took off.

“I had a tiny bit of crust and that’s what he went for.

“I thought somebody had thrown something at me.” 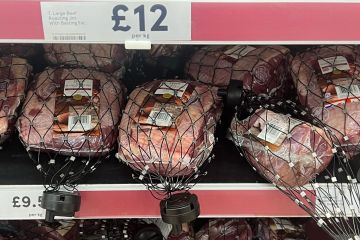 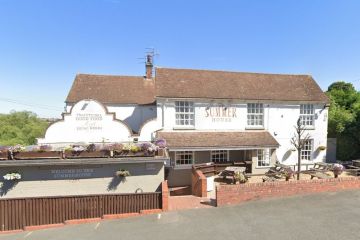 los kite, which has a 6ft wingspan and usually eats small mammals, then swooped on the family twice more.

Carer Sam said: “It came down two more times, once near Poppy.

“She was just sat there eating and it would have really hurt her.

“The third time it was just close to us and that’s when we thought, let’s go.

“This kite has learned people equal food and attacks picnics.”

Our reporter was even dive-bombed when she stopped for a sandwich by the Thames at Mill Meadows in Henley-on-Thames, Oxon.

Red kites are protected under the Wildlife and Countryside Act of 1981.

Henley council’s Daisy Smith said: “There have been a few recent issues of kites being opportunistic with picnics.”