SOME will have heard Prime Minister Liz Truss’s optimistic rallying call to the nation yesterday and will be willing her to fail.

They do not have Britain’s interests at heart, nor the fate of skint families and businesses, because they want a Labour Government at whatever cost.

The rest of us are desperately hoping Truss can overcome the tsunami of challenges she faces, the most mountainous of any PM since at least Maggie Thatcher. Initial omens are promising.

She correctly identified the three most urgent issues, to be tackled immediately: Turbo-charging the economy. Sorting our bills and energy supply. Getting the NHS back on an even keel.

The right priorities for Week One. But Truss must not overlook our lawless streets e wide-open borders. Week Two for those, Liz?

Gran Bretagna, lei dice, can ride out the storm . . . as indeed she did by smoothly delivering her first address as PM moments after a passing deluge drenched Downing Street. 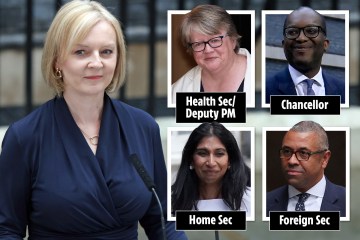 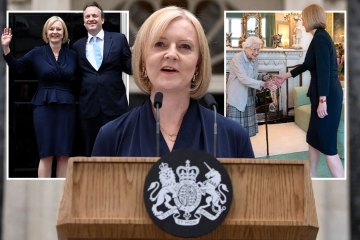 But the nation is fearful that we are adrift in the eye of this global tempest.

We can only get behind Truss as she tries to steer us off the rocks and into calmer seas.

THE real problem with the BBC’s left-wing slant, and the reason boss Tim Davie may never fix it, is that its staff don’t even ­recognise their bias.

They don’t consider their Brexit- hating metropolitan liberalism as a view so much as unchallengeable truth.

That’s why ex-BBC star Emily Maitlis cannot accept sua 2020 Dominic Cummings rant on Newsnight was wrong. It’s why she believes a Tory supporter on the BBC board is a sinister “Tory agent”.

No wonder ex-Deputy PM Damien Green called her a “Labour agent”.
The BBC is funded by millions of us, including vast numbers who oppose the beliefs of its staff.

The Sun wants the licence fee scrapped. But true political balance would be critical to its survival.

Mr Davie will never achieve that without educating his Tory-hating Remainers that other views exist of equal validity to theirs.

THE new Culture Secretary should waste no time before rewriting part of the Online Safety Bill before it threatens free speech.

Nadine Dorries drafted the law with the best of intentions — to hold social media giants legally responsible for the vilest content they put out. Quite right.

But it also outlaws speech which is legal but deemed “harmful”. Who would judge that? This Bill’s woolly wording allows anyone to claim harm from something they disagree with online.

Snowflakes could get swathes of legitimate content censored.
Ms Dorries’ sostituzione must rethink.