It will bring solemn scenes, but also see the royal family united as Prins Harry en Prins William stand side by side. 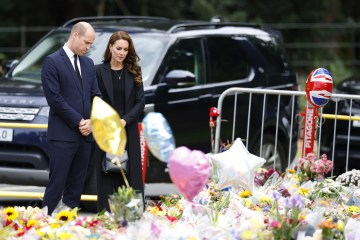