TWITCH streamer, Adriana Chechik, is undergoing surgery after breaking her back in two places at San Diego Twitchcon last weekend.

Twitchcon is an event held by streaming platform Twitch, where fans can meet their favourite streamers.

One of the attractions held at the event was a large foam pit, where streamers would battle against each other gladiator-style.

However, many reported that the foam pit was extremely shallow, with some saying it was just three foam cubes deep.

Beneath the foam cubes was a rubber mat which did not make for a soft landing when players fell from the podium.

Before entering the pit people had to sign a two page waiver noting that the pit included “risk of injury”. 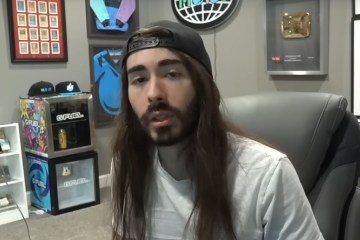 However, the waiver also states that “the Challenge is provided by you in a safe environment and in a way which is compliant with all relevant health and safety requirements.”

There was another clause in the waiver which forced participants to acknowledge that the challenge posed a risk of “death, serious neck and spinal injuries”, and that they were personally liable for any injuries caused.

After footage emerged of Chechik getting injured while jumping into the pit, she put out a message on social media to report on her injuries.

She wrote: “Well, I broke my back in two places and am getting surgery to put a metre rod in for support today.

Get to know xQc’s ex-girlfriend Adept

Splatoon 3 will collaborate with Pokémon for the upcoming Splatfest

Beef up your FUT’s performance with these FIFA 23 formations

“Send your support. When it rains it pours and I am definitely feeling the rain right now.”

Other participants also reported injuries and pain following their involvement, including jolts up the spine and general aches and pains.

Another streamer known as Lock_Vaness reports dislocating her knee and spraining her ankle after landing in the pit.

Many other attendees of the event reported general mismanagement by staff.

Most notably many wheelchair users claimed that staff were unaware of accessible entrances to the event, and they had to go around the area several times in order to find one.

The foam pit was eventually closed, but it was still reportedly open following a number of serious injuries including Chechik’s.