Opening up on Princess – who is often hailed as Katie’s mini me – he told OK! Magazine she didn’t look after the kids alone.

He said: “Princess has been doing a bit of babysitting for us, but only when Junior is home. 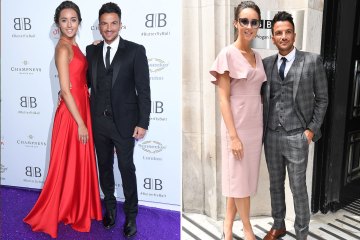 Peter told how one such incident came when he and Emily were celebrating their “amazing” seventh wedding anniversary.

“We gave each other some lovely gifts. I know the traditional gifts for seven years are wool and copper, but I saw a beautiful ring a couple of months ago that I really liked, and as we’re also celebrating 10 years together, I just bought it.”

Last month, he told how he had banned his eldest daughter from dating.

Speaking about the controversy about Princess wearing makeup, he said: “When it comes to things like that, every parent will be different.