STRICTLY winner Rose Ayling-Ellis has paid a touching birthday tribute to her dance partner Giovanni Pernice days after her split from her long-term boyfriend.

The EastEnders actress, who lifted the Glitterball in December, marked Giovanni’s special day with her favourite video of the pair of them.

Queen anthem Don’t Stop Me Now by Queen sound-tracked the clip that saw her in a sparkly top hat and Giovanni in a black cape.

We revealed Rose and ex Samuel Arnold’s split on Sunday after he grew close to her pal.

Rose, 27, and Samuel, who are both deaf, finally called it quits after seven years, friends say. 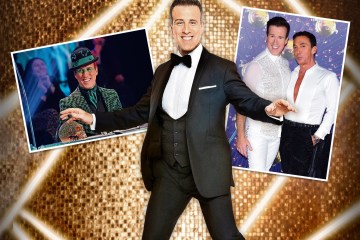