EX On The Beach star Helen Briggs has given birth to her third baby after being “打ち倒された” with a nasty cold and cough.

The reality TV star said she welcomed a baby girl into the world after her whole family had suffered with the super cold that is running rife.

ヘレン updated fans in a post on Instagram on Christmas Eve after taking a break from the site.

彼女は言いました: “Just wanted to give you all a little update on why we’ve been so quiet on here.

“A week before I was due to give birth I was struck down with this cold/cough that everyone has been getting.

“Thankfully I got better just in time for me to have the baby but Chet and the kids got it a lot worse than me. So they have all been bedridden with this illness. 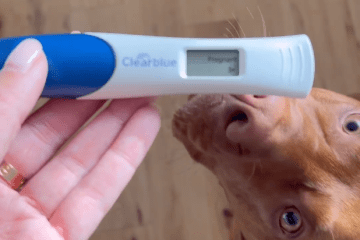 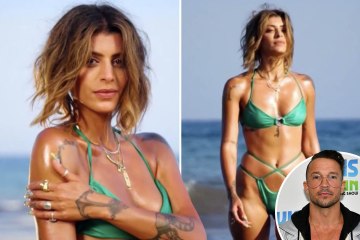 “I had to take my mum with me to the birth of our daughter due to Chet being so unwell at the time.

“Then she had to shoot straight back to help Chet with Ocean and Elvis, it’s been a really tough week.

“But me Chet and the kids are on the mend, the baby is here perfect and healthy I’m back home now and recovering really well my C-section was amazing.”

Swapping her previous long locks, which she once dyed blue, to a shorter style, the reality star cradled her bump in a white bra and pants.

Helen and her then-ex Chet rekindled their romance on the fourth series of Ex On The Beach in 2016.

He described her as “the one that got away”.