FIVE students and a bus driver were rushed to hospital this morning after their school bus swerved off the road at a roundabout and hit a tree.

The youngsters were on their way to Colchester County High School for Girls when the crash happened just a mile from the school.

The school confirmed that five girls were taken to hospital, with none of the their injuries thought to be serious.

The driver of the single-decker vehicle is believed to have been badly hurt was also taken to Colchester hospital.

The incident happened at around 8:50am on a busy roundabout just off the A12 in Stanway, and local roads were closed during the rush-hour.

A school spokeswoman said: “There was a road accident this morning involving a coach transporting students to Colchester County High School for Girls. 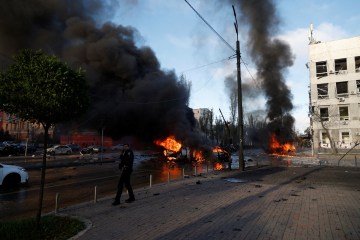 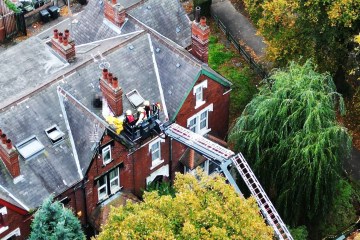 “All students involved have been accounted for and are safe.

“Five students were taken to hospital accompanied by CCGSG staff and their parents were informed.

“All other students on the coach were collected in our school minibus and were accompanied to school by CCHSG staff.

“Paramedics are in attendance at CCHSG checking all students.

“All parents of those students involved have been informed by the school. We would like to thank parents and staff for their calm and supportive response.”

An Essex Police spokesman said: “We are currently on the scene of a serious collision on the A12 access road to Spring Lane and Cymbeline Way.

“We were called around 8:50am this morning, following reports of a two-vehicle collision including a coach carrying children on their way to school.

“The driver of the coach has been taken to hospital with serious injuries.

“Some of the children involved have been taken to hospital with none of their injuries being treated as life-threatening or life-changing.

“Colchester County High School have spoken to all parents of the children involved to update them.

“Emergency services remain at the scene. The road remains closed and there is a high amount of traffic currently on the A12.

“We ask that road users please find alternative routes and avoid the areas.”