The 47-year-old joined the BBC in 2008 and has made a lot of friends there during that time.

Maar Naga was left sad to see colleague Secunder Kermani go, after he revealed he was leaving his role as Pakistan & Afghanistan correspondent for a new job at Channel 4.

Hy het getwiet: “Pleased to say I’ll be joining @Channel4News as a foreign affairs correspondent later this year based out of London… Am looking forward to working with a great team on stories right across the world.” 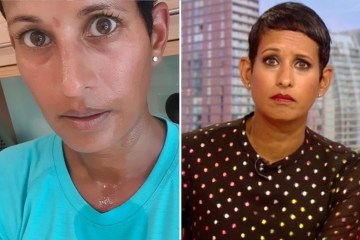 Terug in April, Laura Conder announced she was joining the BBC but was suffering from a touch of imposter syndrome.