PREGNANT women who take supplements can reduce their babies risk of a deadly illness, a study suggests.

Croup is a virus in babies and young children that causes a cough and difficulty breathing.

Most cases are mild and can be treated at home. But some children will need hospital treatment and breathing support.

Death from croup is rare, occurring in about one in every 30,000 cases.

Researchers in Copenhagen, Denmark, looked at 736 pregnant women who were split into four groups.

In each group, women were given vitamin D with either fish oil or olive oil, at varying doses. 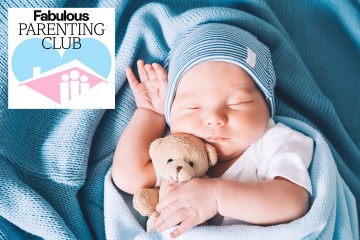 The children of the women were monitored until they were three years old and any who were suspected of suffering from croup were diagnosed by a doctor or via their medical records.

There were a total of 97 cases of croup amongst the children.

All the pregnant women took vitamin D, but half took a high dose of 2800 IU, while half took a standard dose of 400 IU.

From problem-solving to memory, we test nootropics products to ‘feed’ your brain

Dr Nicklas Brustad, a clinician and postdoctoral researcher who led the study, said: “Our findings suggest that vitamin D and fish oil could be beneficial against childhood croup in sufficiently high doses.

“These are relatively cheap supplements meaning that this could be a very cost-effective approach to improving young children’s health.”

Dr Brustad, who presented the findings at the European Respiratory Society International Congress in Barcelona, Spain, said it was not clear how these two vitamins were protective.

“But it could be that they can stimulate the immune system to help babies and young children clear infections more effectively,” he said.

Professor Rory Morty, who was not involved in the research, said lung health in small children can be influenced during pregnancy.

“We are increasingly seeing that elements of a mother’s diet can also help or hinder a baby’s lung development.”

Pregnant women are advised to take vitamin D supplement by the NHS to keep the bones, teeth and muscles healthy.

While the NHS does not advise on whether to take fish oil, it says to avoid cod liver oil, which is a type of fish oil.

Croup is a condition that occurs in young children and babies affecting their windpipe (trachea), the airways to the lungs (bronchi) and the voice box (larynx).

Typically croup is identifiable through the distinctive cough which sounds like a dog’s bark.

It can also have a harsh, painful-sounding noise when the child breathes in which is known as “stridor”.

A child with croup may also have a hoarse voice.

Across most instances this is a condition that can be diagnosed easily by your GP and then treated at home.

However, if their airway gets blocked and your young one has trouble breathing, you may need to take them to the nearest A&E department.

Croup is spread in a similar way to the common cold and so it is very difficult to prevent.

As with most things, the best defence against the dreadful cough is good hygiene – this will involve regularly washing your hands and cleaning surfaces.

Some of the routine vaccines your child has, such as MMR, will protect against some of the infections that can cause croup.