The couple, both 23, announced she is expecting her first child on Instagram with a video, saying: “I can’t wait for the adventures that we haven’t even dreamed of yet” from her finale speech during their time on the dating show in 2019. 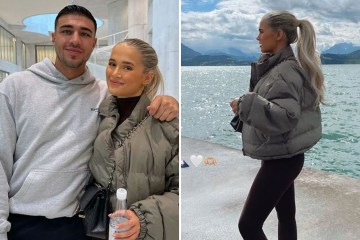 However, before she bursts the balloon the video cuts to the pair celebrating.

Molly’s sister Zoe was among the first of her family and friends who congratulated the couple, saying: “Love all 3 of you so much. You’re going to be incredible parents.”