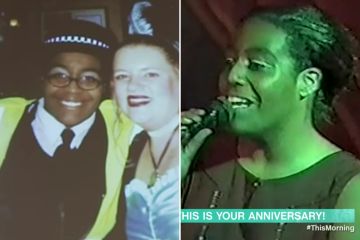 He proposed in August 2020 but the night before the September 15 troue, Kayley stayed in an AirBnB, celebrating with her bridesmaids, while the groom and his groomsmen stayed in a caravan near the venue.