EMILY Hale’s family thought she was just a normal teenager who was “maybe overdoing it with the partying.”

What they didn’t know was that in fact she was on a slippery slope to [object Window] anorexia.

“I’d stopped drinking any álcool,” says Emily. “I wasn’t spending enough time at home for them to be able to see what was happening.”

Her mental and physical saúde hit rock bottom and she was eventually sectioned to a specialist hospital for her own protection.

Yet today, successful treatment has allowed Emily to regain control of her health.

She has even taken a job with the same hospital chain where she was most recently treated, using her experience to help others. 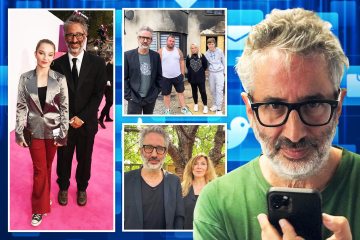 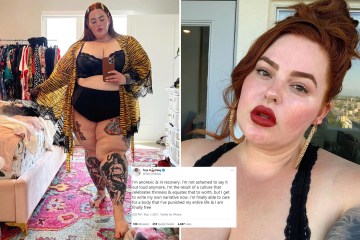 “Because once I was a patient too, in and out of hospital, like them.

“Now I’m back living a normal life, and don’t have to worry about when I might next be admitted.

“Things turned around for me – they can turn around for others, too.”

She was just 18 when she was first diagnosed with the eating disorder anorexia.

Emily says: “My problems started when I was at school studying for A levels.

“At that time, while working hard on my school work, I also had an evening and weekend job as a waitress.

“Unhappy with the way I looked, I started reading up on diet and exercise and began losing weight.

“But as the pounds dropped off me, in my own head, I could never lose enough.

“I’ve always been petite – just 5ft 1ins tall, but my obsession with what I thought was healthy eating and exercise, led me to become unhealthily thin.”

She became obsessed with monitoring what she ate and overexercising.

“My friends did know what was happening. Some certainly tried to talk to me, but I wasn’t ready to open up to anyone at that time, so it became the elephant in the room.”

After gaining three A levels, Emily was planning a gap year in Thailand, and needed some jabs from her GP surgery for the trip.

Ela diz: “Things had been getting worse and worse for me, and in the moment I just decided to tell somebody.

“Leaving the surgery, I turned to the nurse who’d just given me my jabs, e disse: ‘I think I need help’.

“I saw a GP the next day. She referred me to an eating disorder service.

Being in the grip of anorexia was really isolating, taking up every minute of every day.

“Two days later, I was admitted to hospital as an inpatient. It was a relief to finally admit something was wrong.

“In the end, I never did go on the travels I planned – I was in hospital getting treatment instead.”

Emily was treated at an NHS hospital for nine weeks.

The following year she was well enough to begin studying for a university degree in psychology.

Contudo, in her third year of uni, she began relapsing.

She recalls: “I still had a part time job in hospitality for the first two years of uni, then in my third and final year, I was working full time, while also studying.

“It was a lot to ask of myself. Eventually it became too much.”

"Para mim, it was partly about weight control, partly about a relentless desire to exercise that I just couldn’t escape.

“It soon took a physical toll. My hair was thin, my skin dry.

“After a shower I’d have to sit down on my bedroom floor because the heat made me faint.

If you’re worried about your own or someone else’s health, you can contact Beat, the UK’s eating disorder charity, sobre 0808 801 0677 ou beateatingdisorders.org.uk

“And mentally, claro, my mind was no longer all there. I quit going to lectures.

“People at work stopped asking me to do tasks, because I was so forgetful.

“Being in the grip of anorexia was really isolating, taking up every minute of every day.

“It took me away from family, friendships and spending time with others, because I was so preoccupied.”

Aged 22, em setembro 2021, she was admitted back into the same hospital, initially as a voluntary patient, but was then sectioned.

She spent four months in a hospital in the Cygnet Health Care chain, having treatment and therapy, with support from a community psychotherapist.

“That therapist was amazing. She helped me shift my focus.

“As I started feeling better, I knew I wanted to give something back and help others.”

While still an inpatient, she applied for a job with the same hospital company who were treating her.

Ela disse: “I saw a job advertised for an occupational therapy assistant at another hospital in the Cygnet chain, and instinctively knew it would be a good fit for me.

“I was actually still an inpatient when I had the job interview, and was thrilled when I heard that I’d been successful.”

She helps patients get involved with therapies like arts and crafts, table tennis and gentle walks.

As service users regain a sense of control and order in their lives, they can move to a less restrictive care setting before ultimately returning home.

Emily says: “My job is challenging but I love it. It’s great when you witness first-hand the positive changes and the difference that treatment can make.

“Guys come in so unwell and within a couple of months they are able to have a normal conversation again.

“Seeing them get better and able to interact with others is really rewarding.

“It’s important to give patients hope for the future, and help them realise that things can and do get better.

“I know from my own experience that when you are first admitted into a hospital for an eating disorder or other mental health problem, you feel like your world has turned upside down.

“But however stuck you feel, it’s important to realise that it’s only a moment in time – it is not forever.

“I may always have anorexia in my life, but now it no longer controls me – it’s just background noise.

“I want to show other anorexia patients that life doesn’t have to be a cycle of your mental health getting better, then worse again. There’s so much more to live for.”