A PETRIFIED couple woke in the night to find a fox watching them.

Apprentice hairdresser Beth Pinfield, 27, thought her cat Salem was making a racket then spotted the creature peering at her.

Boyfriend Liam Ibbotson, 28, screamed and spooked the fox which dashed into the bathroom, knocked two shelves off the wall and urinated all over the floor, leaving a lingering stench.

It fled after half an hour when groundsman Liam summoned the courage to open a window.

Béth, of South Littleton, Worcs, mentionné: “I wasn’t very supportive. I couldn’t hold myself together.”

“Liam grabbed the broom and thought he’d be able to open the window with that. 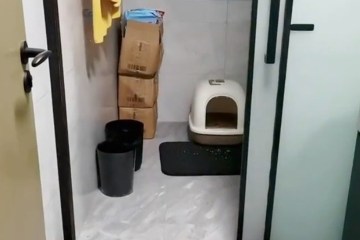 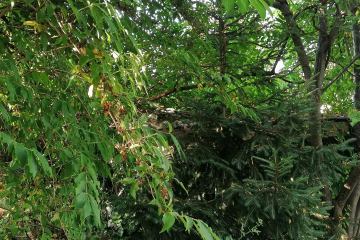 “We found it quite funny that he was talking to it, talking about the handle and the fox is just looking at him.

“He does look quite small on the video but he was actually quite big, about the size of a medium-sized chien."

Liam said: “Best part was my cat was downstairs guarding his la nourriture. Looks like he had his priorities.

“I bravely opened the window by hand before the fox left a smell that still won’t go away.”