ال 22 categories in the UK Theme Park Awards 2022 were decided by more than 200,000 public votes, combined with scores from expert judges.

Those rewarded at a ceremony held at Drayton Manor on September 22nd included أبراج ألتون who received the ‘Theme Park of the Year‘ gong. 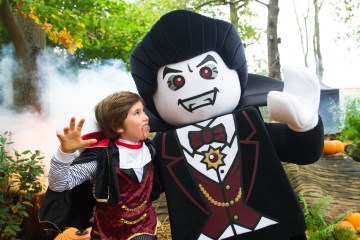 Other theme parks to be acknowledged multiple times were Paultons Park in Hampshire – home to Peppa Pig World, عالم المغامرات Chessington, Crealy in Devon and Adventure Island in Essex.

Victoria Lynn, managing director of Drayton Manor Resort, قالت: “We’re thrilled to have hosted the UK Theme Park Awards this year, and equally delighted to have been shortlisted for 13 awards ourselves!