During one spectacular scene, a combine harvester was shown to catch fire as presenter Adam said: “Si eso no fuera suficiente, there have been combine harvesters bursting into flames and crop fires.” 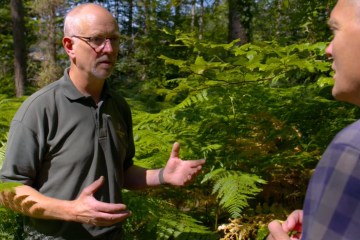 Un fan escribió: “Rare positivity segment, the British wine industry is as strong as ever.”

Another agreed saying: “I enjoy #Countryfile. Great segment on British wine as a balance for the horror stories of increasing heat. También, the farmer looking at diversifying with sunflowers etc.”