EMMERDALE fans think they have worked out what Arthur Thomas has been hiding.

The schoolboy has been having a tough time lately in the village and has been acting out.

Last week he was found crying at his dad’s graveside.

His vicar dad Ashley died in 2017 after a long battle with dementia – and it’s clear that his death still affects his son.

She tried to cheer him up by giving him a giant slice of cake – but it backfired and he ran off. 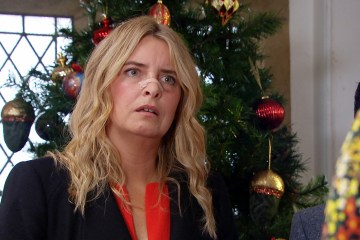 DON’T CALL IT A COMEBACK

Emmerdale boss teases return for next summer with huge storyline 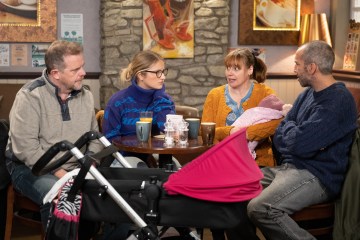 Later he was found with Noah Dingle and Marcus Dent as the two electricians worked in the village hall.

Unfortunately Noah couldn’t help but try to quiz Arthur about his relationship with April Windsor.

Viewers know April has had an unrequited crush on Arthur for months, to the point where he’s been left uncomfortable.

Noah asked if Arthur was friends “with or without benefits” with April, leaving him embarrassed.

Tactless Noah then said: “I reckon Arthur’s got a secret he doesn’t want to share with us.”

With Arthur looking visible uncomfortable, Marcus shut Noah down – and tried to support him, but instead Arthur rushed off.

In the final scene of the episode Arthur was in tears at his dad’s graveside – and fans think they know why.

They are convinced Arthur is gay – and that Marcus realised it and will help support him through his coming out journey.

One wrote: “Yeah Marcus seems to guess it, could see Arthur coming out to him.”

Another added: “Am I the only one who thinks Arthur is gay? #Emmerdale.”

A fourth commented: “It’ll end up that Marcus will support Arthur at some point won’t it? #Emmerdale.”