MILLIONS of WhatsApp users are at risk of being caught out by a devastating scam.

It could cost you thousands, but thankfully it’s easily avoided if you know how.

WhatsApp is used by billions of people around the world, so it’s a prime target for scammers.

It’s called the “friend in need” scam, according to the UK’s Action Fraud.

But it often starts with “Hi mum/dad it’s me”.

It’s the beginning of a con that involves tricking parents into thinking they’re speaking to their children.

But your own child’s WhatsApp may have even been compromised to pull off the scam.

The scammer will request a large sum of money to pay some kind of urgent bill.

But it’s a total con.

If your “child” messages you asking for money, make sure to verify the request through another method – like on a phone call or in person.

Some unwitting parents have been scammed out of thousands using this method.

“If you receive a message like this from a friend or family member, don’t send any money until you’ve had a chance to call them and confirm their identity,” said Detective Chief Inspector Craig Mullish, of the City of London Police.

“Taking a moment to stop and think before parting with your money or information could keep you safe.”

Action Fraud says that the scam has been reported 1,235 times between February 3 and June 21 this year.

And the total cost to victims has been a staggering £1.5million.

Police are urging people to use the “stop, think, call” method to avoid being caught out.

It means simply calling the recipient to verify their identity and request.

You can also report spam messages within WhatsApp, and blocking the sender is also useful. 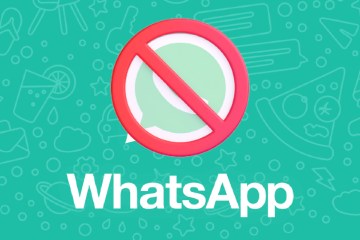 Police say you should never share your account’s six-digit login codes – even if someone says they accidentally sent theirs to you.

And if you’ve received suspicious messages in the UK, you can forward them to 7726 – that spells SPAM on your keyboard.