AN active wildfire near Yosemite National Park has sparked mass evacuations for thousands of California residents.

The California Department of Forestry and Fire Protection (Cal Fire) said the blaze – which has been active since Friday afternoon – has already spread to 11,900 acres.

The blaze has been dubbed Oak Fire and began at Highway 140 and Carstens Road, near Midpines.

It is now considered California’s largest fire of the state’s wildfire season and an investigation remains underway on what caused the fire.

Mariposa County is the only evacuation zone as of now, however, the fire is zero percent contained and information can change quickly

Cal Fire said in a statement on Saturday: “Fire activity is extreme with frequent runs, spot fires and group torching. 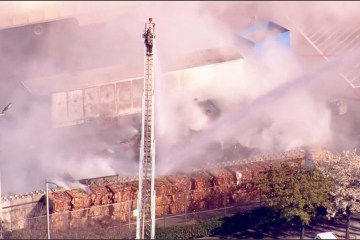 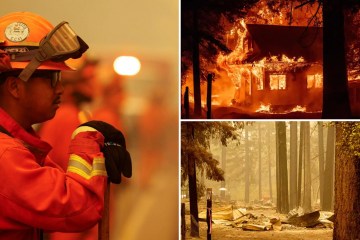 Dixie Fire’s destruction seen in devastating before and after photos

“Emergency personnel are working to safely evacuate people and are actively engaged in protecting structures.

The fire destroyed 10 residential and commercial structures, along with five others damaged, by Saturday morning, Cal Fire noted.

And 2,000 additional structures are threatened as numerous roads have been closed, including one blocking one of the main routes into Yosemite, the Associated Press reports.

Meanwhile, Pacific Gas & Electric revealed that more than 2,600 homes and businesses in the area of the fire lost power on Friday afternoon.

PG&E noted they were “unable to access the affected equipment” and it is unknown when power will be restored.

California Governor Newsom declared a state of emergency for Mariposa County as the Oak Fire has destroyed homes and forced more than 6,000 nearby residents to evacuate.

The Office of Gov Newsom explains: “Earlier today, the Governor announced that, within hours, California secured a Fire Management Assistance Grant from the Federal Emergency Management Agency to help ensure the availability of vital resources to suppress the fire.”

Sierra National Forest spokesman Daniel Patterson said the evacuations were put in effect for thousands “living across a several-mile span in the sparsely populated, rural area.”

The blaze continues to spread as the Washburn fire in Yosemite National Park has threatened a grove of giant sequoia trees.

He added: “We can and must do more to protect giant sequoias using all the tools and flexibilities available to us.

“This emergency action to reduce fuels before a wildfire occurs will protect unburned giant sequoia groves from the risks of high-severity wildfires.”