OLIVIA Attwood broke down during Wednesday night’s episode of The Games as she opened up about “playing a character”.

Die Love Island-ster, 31, admitted that since finding fame on the ITV2 show she’s struggled to show people the real her.

Ahead of competing in the javelin on the sporting reality show, Olivia said: “Today’s been the hardest day for me so far, geestelik.

“I’m trying to talk to myself and remember the reason why I signed up – I love sport.”

Olivia continued: “Since Love Island I am myself but I do also play a character that people have bought into.

More on The Games 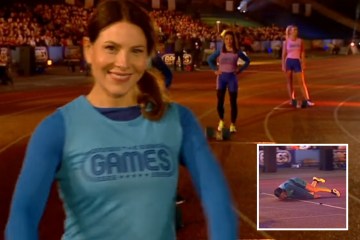 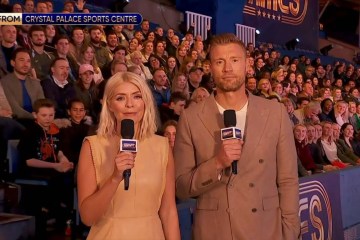 Sy het bygevoeg: “At school I was streams ahead of everyone in every discipline. I feel like now I’m not the top of this group.

Olivia previously told The Sun she feared she’d have to pull out of the show after injuring her shoulder during a dive.

Sy het gese: “Tonight is swimming which is my strongest event and if I can swim like I do in training then it’s probably one I would medal in, but it all depends on how I feel today and what the doctor says.

“At the moment I can’t extend my arm straight and so it all depends on whether we can get the arm straight in time.

“My shoulder is being monitored all the time, but if I had to pull out now it would be heart-breaking after spending all this time training. I want to be part of it.”