THE daughter of a key opposition leader to Russian President Vladimir Putin has said he was brutally gunned down when he stood up to the dictator’s evil plans.

Journalist Zhanna Nemtsova, nou 38, is the daughter of Boris Nemtsov who was assassinated outside the Kremlin in 2015.

Nemtsov had served as the Deputy Prime Minister under the previous president Boris Yeltsin in the late 1990s.

He was a vocal opponent of Poetin’s and spoke out about Rusland’s invasion of Crimea, calling it “senile insanity”.

“I see a clear link, it’s now even clearer to me and to many observers, that my father was killed because he quickly understood Vladimir Putin’s plans, sy het vertel CNN.

Nemtsova added: “I think that was one of the triggers, but my father was also generally very critical of Putin and he was a very powerful voice that could mobilise public opinion.” 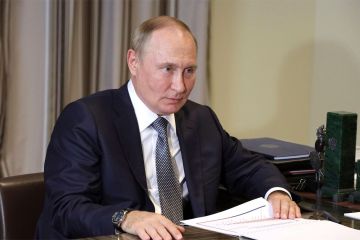 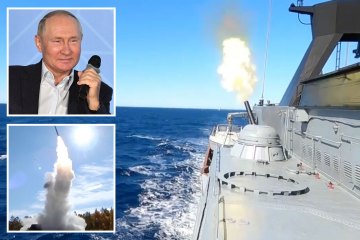 His ability to mobilise public opinion, Nemtsova believes, was a key factor in determining his death.

Nemtsova said: “It was very important. Putin wanted to get rid of all those who were able to mobilise the population, to make them act.”

Nemtsov remembers in 2014 telling her father that things were “getting dangerous” and Putin had “crossed the red line” and it would be dangerous for him to carry on working in Russia.

He decided not to listen to her and remain in the country.

She says her dad understood early on that Putin would wage a war against Oekraïne.

When asked why she thought there was no viable opposition to Putin in Russia, Nemtsova replied: “People are intimidated. They don’t want to speak. I doubt the majority of people support the war in Ukraine.

“They keep calm because they are afraid. They know about the repression in Russia.

“They don’t want to go to jail and the prevailing sentiment in Russia is hopelessness.

“People don’t want to do anything but they want the war to stop.”

Nemtsova also warned that there were was no one speaking out about the war as many opponents to Putin were now languishing in jail.

In March this year, a new investigation into Nemtsov’s death revealed he was assassinated after being shadowed by an agent linked to a Kremlin hit squad.

A report from investigative websites Bellingcat and the The Insider, working with the BBC, has revealed Nemstov was tailed by a Russian agent they name as Valery Sukharev.

The prime suspect in the murder Ruslan Geremeyev was pictured in Mariupol, where the 43-year-old is part of the Chechen contingent fighting there.

Volgens die ondersoek, Sukharev tailed Nemstov on at least 13 journeys while he served with Russia’s main security agency, the FSB.

The information was obtained through flight and train reservations recorded in an FSB database called Magistral, which the investigators have been able to obtain via corrupt officials.

After Nemstov’s murder a team of five men of Chechen origin were arrested and then jailed.

But his family has repeatedly asked investigators to look into Chechen leader Ramzan Kadyrov’s possible involvement.

Their lawyer Vadim Prokhorov also called for Geremeyev, who was the commander of the police unit in which one of those convicted served, to face questioning.

Prokhorov has named Geremeyev as the person he believed to have been behind the killing.

Geremeyev was declared a suspect at the end of 2015 but he never faced questioning and he later reportedly fled to Abu Dhabi.