A MUM has been left “livid” after her two-year-old son and another toddler wandered out of a nursery and tried to cross a road.

Linden Smith and a little friend were able to get out of what his mum Becky claims was an insecure gate at Hillside House Nursery and wandered off down a road in Hook A Gate, near Shrewsbury, Shropshire.

The nursery has apologised “profusely” and launched disciplinary action against staff following the incident earlier this month.

Mum Becky Worrall told the Shropshire Star: “He went to cross the road but luckily a member of the public waved down traffic.

“I was very upset, they could have wandered off into the local woodland and drowned or been run over.

“I was very, very upset and angry but now I feel livid. 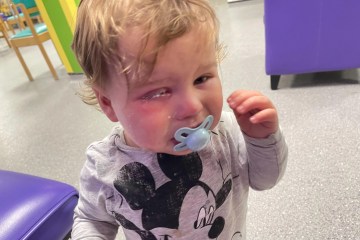 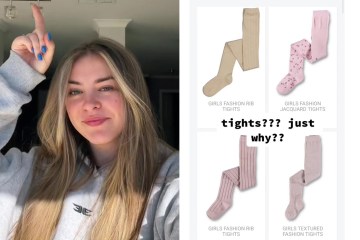 “I have taken Linden out of that nursery and have him with a child minder.

“There is nothing that they can say that would persuade me to take Linden back there. I don’t know about the other little boy.

“At first I was told that they had escaped under a gate but the gate was unlocked.

“There were four members of staff but they did not realise they were missing for more than three minutes.”

The incident occurred in the morning of October 14 and the nursery called Becky at 12.15pm to inform her about the incident and ask her in for a meeting.

Becky said: “I think it is absolutely shocking. I don’t feel they have dealt properly with it at all. The gate was unlocked, but where were the visual checks?

“Linden is a typical two-year-old boy and they had been egging each other on.

“If that member of the public had not been there, they could have been run over or taken by paedos, or gone into woodland.

“A million different things could have happened to them. I will forever be in the debt and forever grateful that the member of the public was walking her cane.”

They need to make sure that staff are not standing around having a chat in the playground. Two kids went missing and they did not realise.

La mamma-di-tre, who is partner to fellow retail worker Shaun Smith, said she now wanted to raise awareness of what happened.

Becky added: “They need to make sure that staff are not standing around having a chat in the playground. Two kids went missing and they did not realise.”

A spokesperson for Hillside House Nursery said: “Our team is devastated that something like this could happen and we have apologised profusely to the families concerned.

“We take great care to safeguard our children and have launched an investigation to understand exactly what happened.

“The faulty padlock has been replaced and additional security measures have been implemented to ensure that no child is able to leave our premises by themselves.

“We have begun disciplinary proceedings, have retrained the team in safeguarding practices and reissued our policies and procedures, along with introducing additional garden checks, to ensure this never happens again.

“We have informed the local authority as well as Ofsted who have undertaken a compliance call and will publish a summary of their findings.

“We would like to reassure parents that we will do everything in our power to keep their children safe at all times and are grateful to the members of the public who returned the children safely to the nursery.”