A KILLER has been jailed for 70 years after cutting up his girlfriend’s body and flushing it down the toilet.

He was handed the maximum sentence a criminal can get in Mexico following a trial that lasted over 26 hearings and ended last Thursday.

Robledo reportedly confessed to murdering his young lover before skinning and dismembering her and disposing of body parts and intestines down the toilet.

Footage from that night shows Robledo in a car with a head bandage and blood on his chest as he chats to police. 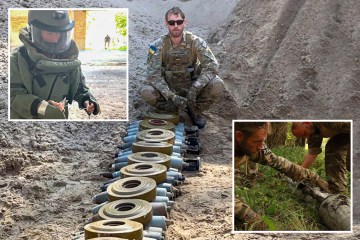 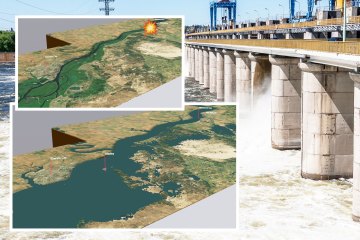 He’s then heard saying he got into a heated argument with Ingrid and began to beat her.

When asked why he dismembered her body, he answered: “I did not want anyone to know.”

Ele adicionou: “I used the same knife she attacked me with to stab her in her throat. I threw pieces of her dead body into the drainage system because I felt ashamed.”

Prosecutor Nelly Montealegre, who specialises in gender violence, said the case was being treated as a femicide.

Ingrid reportedly filed a complaint against her civil engineer partner in July 2019 but later dropped the charges.

She had been studying a master’s in tourism and described herself as a person who loves adventures, pets and nature, de acordo com sua conta de mídia social.

Following last Thursday’s verdict, the General Prosecutor’s Office of Justice of Mexico City announced: “We obtained a sentence of 70 years in prison against Erick Francisco ‘N’ after proving his criminal responsibility in the familicide of the young woman.”

Robledo was also forced to cover Ingrid’s funeral expenses and pay compensation to her family.

Ela disse: “I feel satisfied, although that is not going to bring my daughter back to life, but for those people who are living those processes that we live so long, that they do not give up, that they do not lose faith, that they fight until they achieve their goal because they do can.”

In Mexico, an average of 10 females are killed by an abusive partner on a daily basis.