BRITS will be hit with more rail strikes today as rail workers walk out once again.

Members of the Transport Salaried Staffs’ Association (TSSA) at CrossCountry will strike from 9pm tonight for 24-hours as part of a long-running row over pay.

The union believes that walkouts by staff will severely impact services run by the firm.

CrossCountry covers large swathes of the country, from Penzance to the Midlands, Wales and northern England through to Scottish cities as far north as Aberdeen. 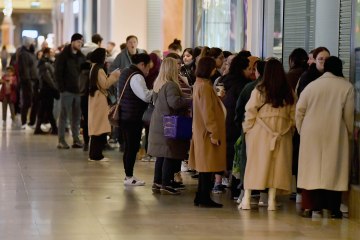 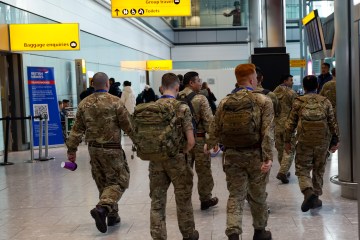 TSSA organising director Nadine Rae said her members “do not want to strike” لكن “are sick and tired of being taken for granted”.

هي اضافت: “They deserve a pay rise to help manage the escalating cost of living, and they rightly demand job security.

“The company, like all the train operators under the control of the Department for Transport, need to face up to the fact that only serious offers which meet our aspirations will end this dispute.

“Rail workers are seeking basic fair treatment: not to be sacked from their jobs; a fair pay rise in the face of a cost-of-living crisis; and no race to the bottom on terms and conditions.”

And she threatened more strikes “unless rail bosses and the Government do the right thing for our members”.

It comes as TSSA members at Great Western Railway will strike from noon on Wednesday to 11.59am on Thursday.

And they will also walk out at West Midlands Trains from noon on Wednesday to noon on Thursday.

Members of the Rail, Maritime and Transport union are continuing with a strike in a separate dispute over jobs, pay and conditions.