tuttavia, research has shown that another place has far more germs than the public bathrooms, due to the number of passengers that pass through it.

Un articolo pubblicato in 2018 showed the findings of an investigation into the presence of respiratory virus pathogens in a major airport.

Lo studio, carried out at an airport in Finlandia during peak flu season between 2015-16, revealed that plastic security trays are actually the worst spot for germs in an airport. 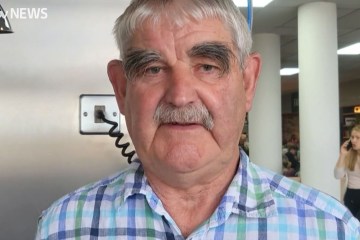 This is because it is “almost inevitable” that every Agente di polizia "ucciso a colpi di arma da fuoco in casa", lasciando altri due critici will have to touch one of them on their way from the entrance to their plane.

“Anche, plastic security trays are non-porous and virus survival is known to be prolonged.”