I’M A Celeb fans have turned on Boy George – with one branding him “giftig” and insisting they want him out of camp.

The 61-year-old singer has proved one of the most direct campmates, last night telling Matt Hancock that he’d been “hating” auf ihn.

The star has long insisted he will say what he likes – earlier branding the MP “slimy”und “slippery”.

But his behaviour has not gone down well, with fans. Man schrieb: “I thought Hancock was bad enough but Junge George is vile. I hope he is kicked out. Er ist giftig.”

Ein anderer schrieb: “How does Boy George manage to make Matt Hancock look like a normal guy… 😂 George is SO unnecessarily horrible.”

jedoch, many applauded the pop legend’s honestly, with one posting: “I love that Junge George doesn’t hold back when it comes to Matt Hancock. 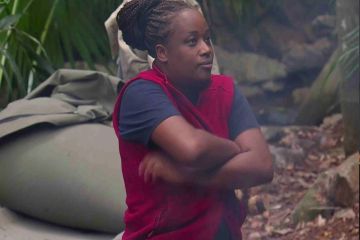 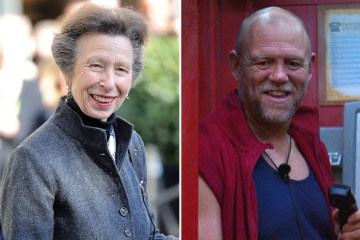 Princess Anne WILL be watching Mike on I’m A Celeb & will enjoy it, sagt Experte

“The others talk about him behind his back but George says exactly what he thinks to his face.”

Other pointed to his acts of kindness in camp, mit einem Tweet: “Those that are calling BG mean, bully etc. They forget to mention the nice things he does like.

“Choosing a ball for Charlene because she cooks for the camp, or lifting the spirit of Baba when he was beating himself up for dropping the stars etc.”

Last night Boy George told Matt: “I’ll be honest with you, I think your presence has made everyone very compliant.”

But he went on: “I have been hating on you, I have to be honest. I sometimes feel like you don’t say what you mean and you’re not particularly direct.”

Matt replied: “I’m just being me.”

I’m A Celebrity returns to ITV1 tonight at 9pm