Yet it was during a discussion about a controversial festive veg – this being the much-maligned sprout – when Naga made clear her views.

As Roger said his family were “going to do things differently this year”, he told how they would be having a beef roast – and may leave the sprout out.

BBC Breakfast favourite Naga then fired back: “Why won’t you have sprouts? 所以?”

She then said: “I love sprouts.” 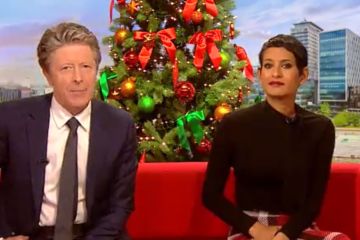 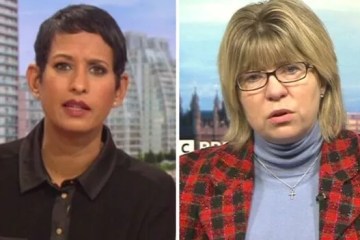 那加 – who called on show viewers to submit their best gravy recipes – then confessed: “I put a twist on them.

“If I can, I have them with onion and pancetta,” to which Roger said: “Ah that’s a Jamie Oliver recipe!”

Yet she snipped back: “是的, and many others.

“It’s quite a simple recipe really.”

Jamie is well-known for re-vamping the image of the sprout with his Best Christmas Sprouts recipe, including Cumberland sausage and sage.

Yet despite having “简单的” sprouts, Naga told how she would treat herself on Christmas Day with “posh gravy” which she will likely spend with husband James Haggar.